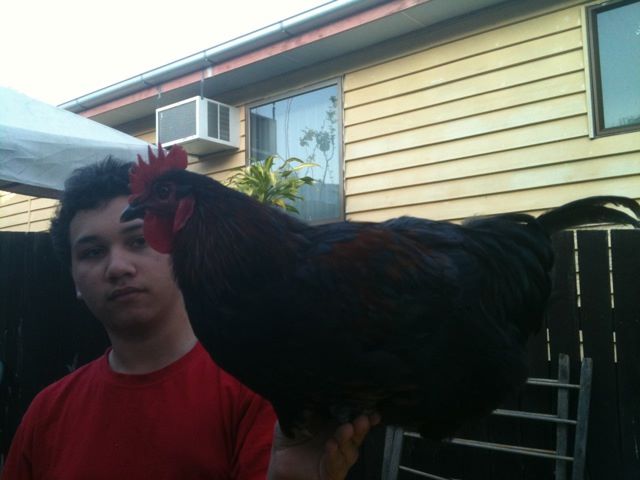 We had to “let go” of our rooster last weekend. It’s so sad cause he was so beautiful. Because we live in the suburbs we’re not allowed to keep a rooster, though we’re allowed to have up to six laying hens. The kids were really upset. That’s what we get for making the chickens pets I guess.

Dad was telling me that when he was a kid everyone had chooks cause ‘if you didn’t have chooks, you’d starve’. It was normal for his mum to sing out to the boys ‘go and get three chooks’ and they’d have to get them, chop off their heads and prepare them to be cooked. He remembers if you walked down any street after dark, you could hear all the chickens talking to each other during the night. It was no big deal to be woken by roosters. Everyone had them.

Perhaps roosters will be allowed back into the suburbs in a decade or so when chooks become like water-tanks & vege gardens – a modern day (climate-change led) movement revival of “old-fashioned” skills and practices.