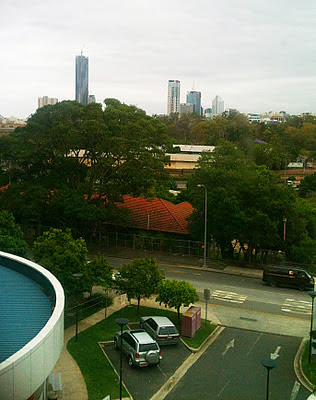 Queensland Health is frequently in the news. And most of it is bad – there are never enough beds, waiting lists are too long, wage systems break down and staff aren’t paid for months on end, moving or amalgamating hospitals closing, nameless bureaucrats fail to do necessary pre-employment checks and end up giving medical jobs to butchers who kill their patients. I reckon those folks at the top must tear their hair out trying to convince us that Queensland Health isn’t trying to kill us but actually help us.

On Sunday afternoon we received a phone call that Michael (our 3rd son) was in an ambulance on his way to the Royal Children’s Hospital. He had been on a playdate/sleepover with a school made and had come a cropper on a mini-motorbike and broken his leg.

Both of us have had to have time-off-work, but as we’re both free-lancers it’s not unmanageable. We have had no out-of-pocket expenses for what has no doubt been thousands of dollars of emergency treatment. Each of the staff were diligent in ensuring that we understood every step of Michael’s treatment. They explained what they were doing before they did anything, and talked us through possible side-effects and alternative treatments.

There are so many things wrong with our system. Mental health is disgustingly underfunded, Indigenous health seems to miss the mark so often. But this week, our family is grateful to the Queensland Government and Queensland Health, and know that as full-public patients we have received the best healthcare possible to get our little bloke back on his feet.