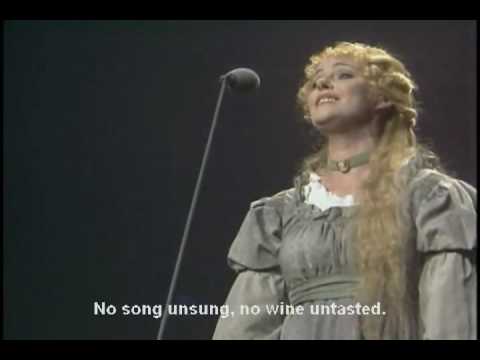 I don’t know Les Mis. All I know is that it’s based on a book by Victor Hugo, that it’s set in France during the French Revolution (I think). But the movie is due out this month and Hugh & Rusty are starring in it. Whether you want to or not, it will be hard not to know about the story soon.

So, was Googlin’ a bit tonight to find out about it in preparation for the movie’s release – a bit of frame-of-reference is always useful – and I found this – I Dreamed A Dream. I had heard of the song before when I was younger, but post Post-Boyle, it’s very well known.

After watching this video, and the other Anniversary clips on YouTube, all I can say is Holy Moly, I know the fellas can sing, but they’ll have to be singing right from the bottom of their gurries to match these blokes. And young Anne Hathway, I remember your performance with HJ at the Oscars, but can you match this?