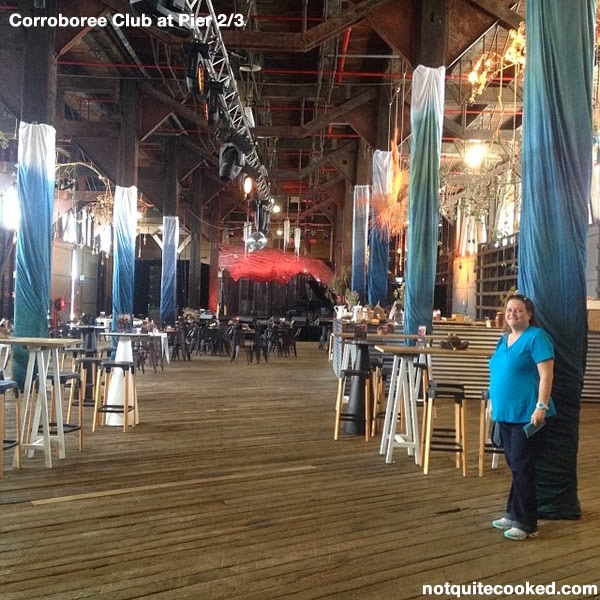 What a busy week. I was in Sydney for my first Viscopy meeting, where I’ve been appointed as an independent director. It’s a daunting and exciting opportunity. I’ve been interested in copyright, IP and cultural IP for ages. I taught about it in the Indigenous Art and Protocols course I convened at QCA years ago, so I’ve spent a lot of time getting my head around the topic. Not that I’m an expert at ALL. I’ think my biggest interest lies in being able to balance ACCESS copyrighted material (making sure images etc are accessible to everyone), with RECOGNITION (making sure creators are acknowledged and paid for their work). I look forward to much brain twisting over the coming the twelve months.

While in Sydney, I took in a few activities, namely –

There wasn’t a huge crowd, which was good we could move around easily, but disappointing that more people weren’t accessing the activities.

I loved the set up of Pier 2/3. As I said to someone on Facebook,

There were lots of little bits and pieces that created the space. Each table had a unique centre-piece. There were carefully lit decorations hanging from the ceiling. Each pole was wrapped. The red that you see at the back of the image, is really a large sculpture that I’m guessing references the back that was a feature of the marketing materials. The entire space was filled with the Corroborree Club (at the front) which included a cafe. Behind the stage was another large space that had about five workshop spaces. 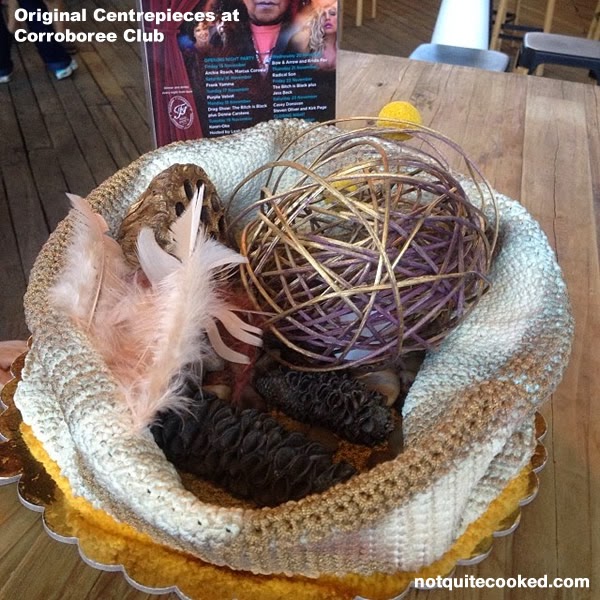 I met Luke L Pearson for the first time. Which was super exciting, as we’ve communicated so much via social media but we’d never met in person. It was funny, we just talked like we totally knew each other. I’m looking forward to catching up again when I’m there.

After Corroborree, we went, with about 1000 other Sydney-siders to Sydney Fish Market at Glebe for lunch. It was crazy. And we ate so much seafood I could easily have just slept the afternoon away right there in the carpark. 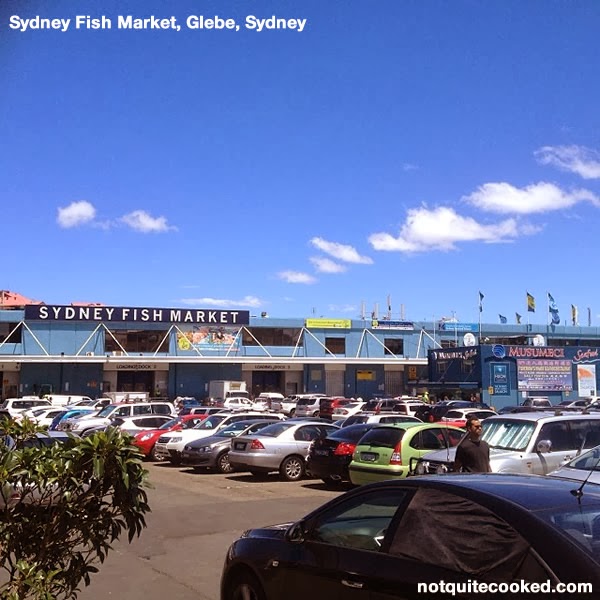 But no, we did not sleep in the carpark, because the afternoon was lovely and warm, and also because I hassled Lisa (didn’t take my togs to Sydney for nothing!!), we went for a swim at Maroubra Beach. If you haven’t been to Maroubra, you really must go when you’re in Sydney.

The water was freezing, but I swam regardless. And… a personal triumph for me, as I wrote on Facebook:

Someone close to me recently said “You know there are only two things needed for a beach body, a body and a beach”. Coming into the 2014 summer, I’m enjoying swimming without the big shirt to “hide” the “flaws”. As Miss Caroline Bingley would say “it’s so refreshing”, and as others in more recent times might say “fuck flattering”.

A good trip. Will probably be in Sydney again in February. Hopefully the weather will be good for another swim.

One thought on “Pinch and a punch – December 1”