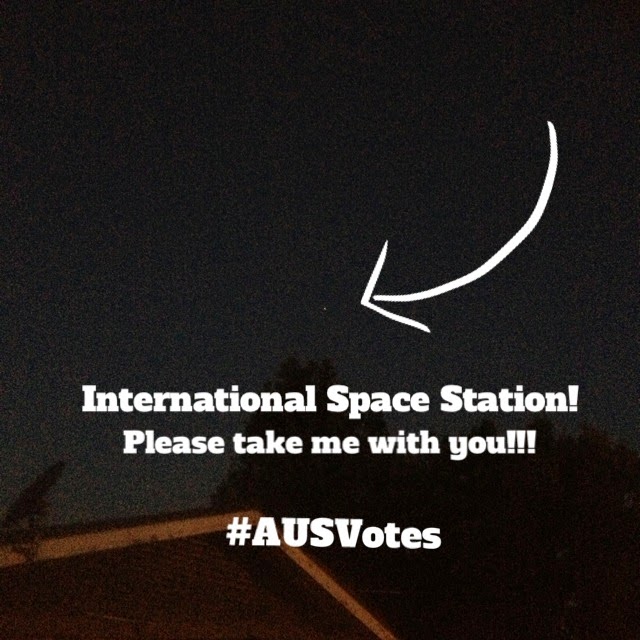 On the night of the last federal election (7th September 2013), I went for a walk and captured an image of the International Space Station. As the night wore on, and the results became clear, I added in the caption.

It’s coming up to a year since the new government took office, and while I’ve been dissatisfied with the ALP for a long time, my “please take me with you!!!” plea still stands. I can’t articulate the hopelessness and feeling of powerlessness that this government engenders, not just in me, but many of the people I know.

Mr Murdoch must be so happy right now.