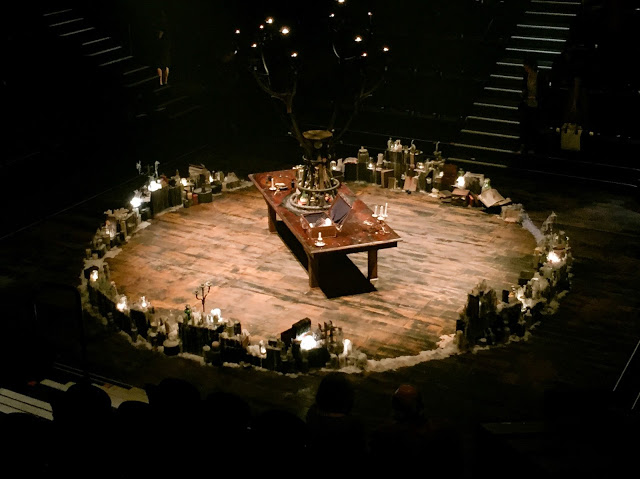 I have to say I know little about the story and did very minor Wikipedia research while waiting for my ride this evening. Part of me wants to chase down the tale, while the rest of me wants to savour this interpretation by Suzie Miller. I do not know how close this version is to the original, but right now I don’t really care.

Christen O’Leary was absolutely wonderful tonight as Medea. She was strong and powerful, her performance was passionate and utterly convincing. Helen Christinson played three roles (the Nurse, the Princess and Narrator) and owned each and every role. Beside these two powerful performance Damien Cassidy’s Jason was weak and underwhelming. I do wonder what on earth did Medea see in him?

The set was fantastic. I would love to have got down onto the stage and inspected all the elements.

The other “characters” in the production were four vocalists whose work was mesmerising. (I don’t to say more about the vocal work in case I spoil it for you).

I didn’t know what to expect tonight, and I left the theatre 100% satisfied.

Well done La Boîte, and all the players involved.

The production runs until the 20th of June, if you can get along I recommend you do.