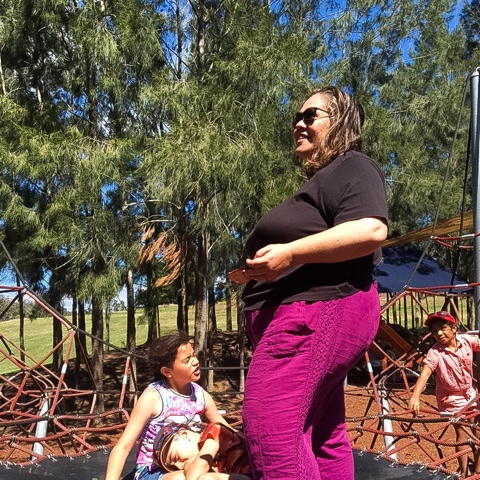 For the first time in nearly a month I ended up having the weekend off. I didn’t answer emails (though I confess I did read them). I didn’t do at project work, nor study, nor teaching preparation. I spent one morning in discussions with a builder, three hours at the park for a birthday party and rather unglamourously climbing on top of climbing frames and a few other obstacles much to the amusement of my kids and their cuzzies, went to the movies to see The Shallows, and watched the entirety of season 5 of Downton Abbey.
It was kind of cute when Son 3 was a little puzzled when I declared on Saturday evening that I’d had the “day off”, cause I’d also folded three baskets of washing, cooked dinners, did a general clean, etc. I had to explain that when I say “had the day off”, I mean from paid work not from household chores.
My 2016 New Years resolution had been to have weekends. Like most NY resolutions, I’ve failed miserably. Don’t get me wrong. I’m not addicted to being busy. It’s just that I think “weekends” are a privilege that belong to some folks. The unencumbered perhaps? But weekends especially are not guaranteed for those who are self-employed.
On Friday afternoon I spoke to one business owner (a Murri sistah) who regularly works 65 hour weeks just to keep afloat. One of her survival strategies is to religiously give herself Sunday off and to have no computer or internet connection at home.
I didn’t mean to have this weekend off. I have a long list of jobs that I need to get done. My coming week would be much more relaxed if had done them. But as the weekend wore on, my need to just be at home got stronger.
I’ll be up early in the morning and will attack the to-do list with gusto. All the while I’ll work hard to not feel bad about having a slow weekend.
Have a great week!