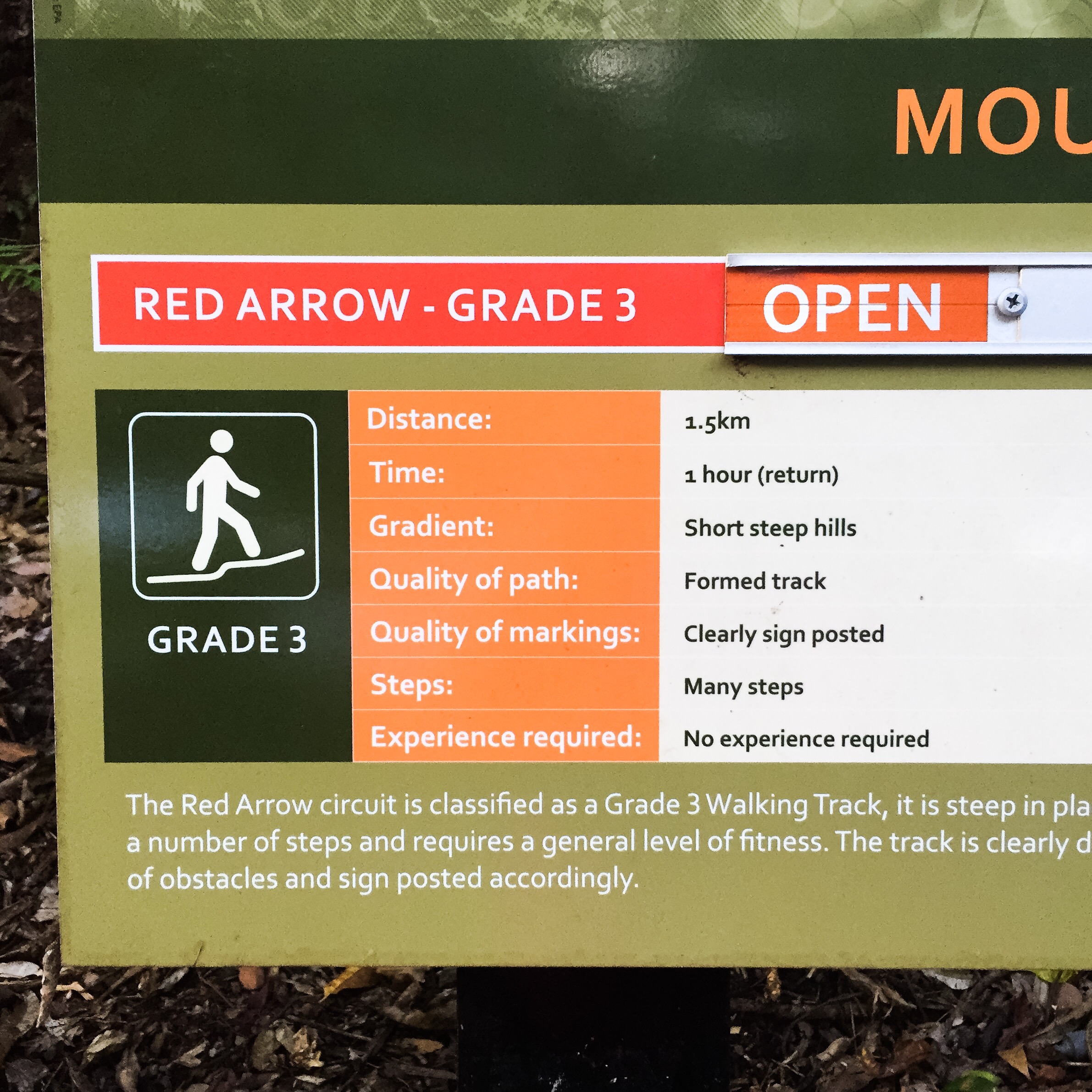 We’re always seeing posts on Facebook and Instagram of the fitness wins, e.g. “Swam 30 @laps”, “Ran 8kms today”, “Smashed out a pump class” – but we don’t often see the failures.

Today I failed at someone’s definition of “General Fitness”. We are in Cairns this week so given the success of my #Move2017 project over the past month, I thought I’d give Red Arrow a go. Red Arrow is a 1.25km walk up and around Mt Whitfield. You depart from the Botanical Gardens entrance, going up, around and down again. Harder routes are Green Arrow and Blue Arrow. All the information sources about Red Arrow says it should take about an hour.

Well today I didn’t make it. It was HARD! The humidity and the angle of the ascent had me struggling at every turn. When we reached a small bench, I called it quits and turned around. A friendly local suggested I was about a quarter of the way through.

As I posted recently, my #Move2017 project sees me starting from pretty much zero. I can do 4kms on a flat route if I’m not pushed. I’ll feel it later, but for the past few years I’ve had virtually no cardio work at all. An ascent like Red Arrow, like the Blue Mountains one late last year, had me gasping.

I’m determined to not feel bad for it though. This is the same trip that saw me asking for the first time since I was pregnant for an extender belt on a plane trip, but also the one where I felt confident enough to swim in two piece togs (kinda bikinis) and NO shirt! What the hell is going on with me?!

I’m going to keep training. I’ve set myself a goal of the International Women’s Day fun run in March. I’ll nominate for the 5Km walk. But to tackle Red Arrow again? I’m definitely going to have to find a few hills to practice on. I suspect the Kangaroo Point cliffs might be a good starting point*.

Another six nights left in Cairns so lots more swimming and walking, albeit on the Esplanade.

Note: I’m following a new initiative from the Qld Government – #StartPlayingStayPlaying. Am liking the content so far.

*(Who am I kidding? I’ll be starting off on the 30m and maybe 10degree ascent to my mum’s house. That’s a better starting point for me right now. Lol. )