This week Vernon and I headed to Woodford Folk Festival to participate in the Speakers and Ideas stream curated by Michael and Ludmila Doneman of Edgeware Creative Entrepreneurship.

The panel discussion, which was recorded by the ABC for broadcast on Radio National in early 2019, focused on the challenges of establishing a business, and the steps we can take to encourage Indigenous entrepreneurship.

In between sessions, we had an opportunity to debrief at the Little Brazilian. And on our way to see Vernon speak, caught up with a few familiar faces ….

My second event was presenting What’s happened in 2018? Signal boosting Indigenous voices online which I’ve written up on Deadly Bloggers. Instead of doing my normal – get up and yarn with a few slides behind me – style, I opted for a more traditional read paper. This is a method I will use sometimes when I’m just beginning to think about an line of inquiry, or sometimes if I’m actually quite tired and am not sure I will ‘keep it cohesive’. But I also thought, let me read but then do Q&A which is kind of also the best of each style. 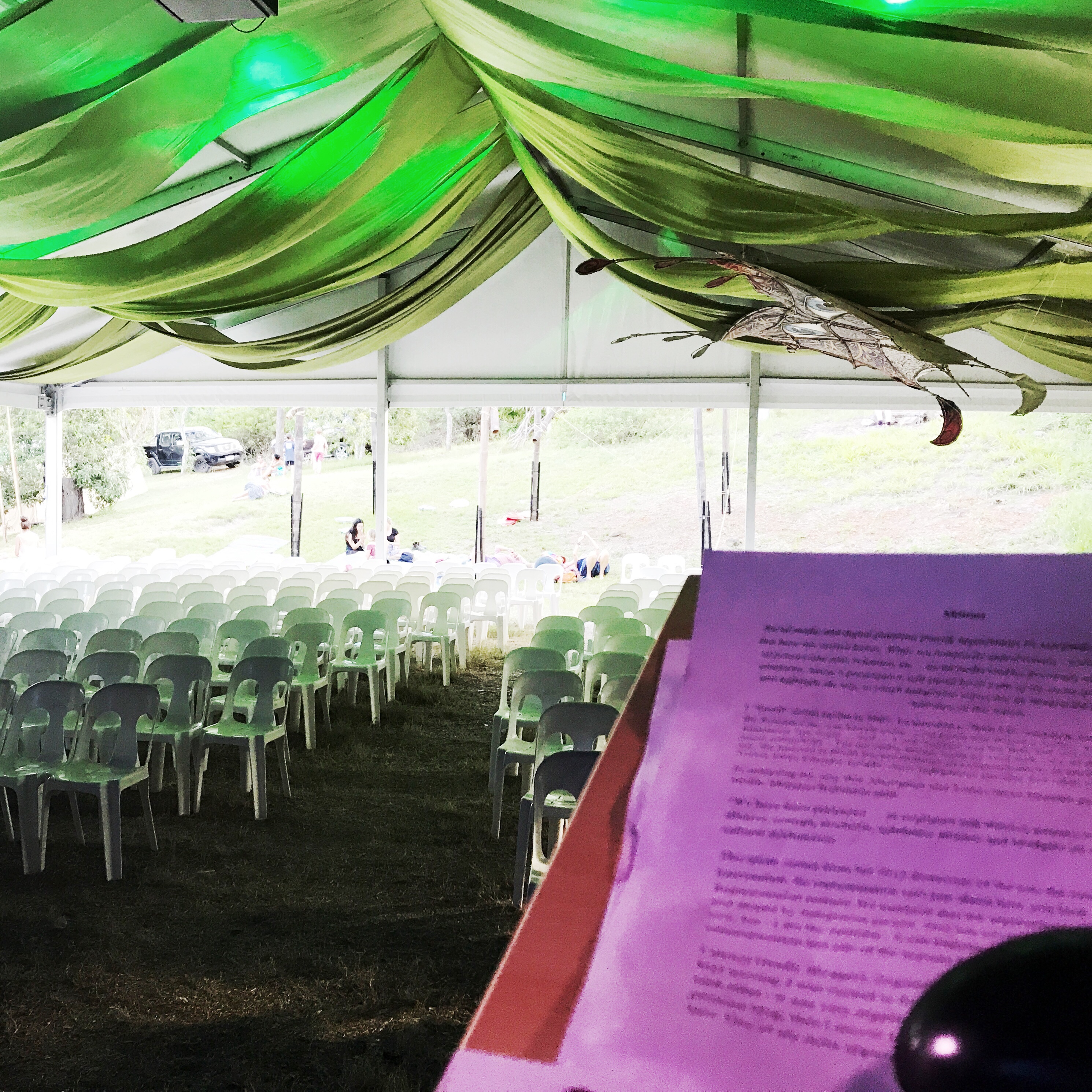 Given how busy I was right up until Christmas, I didn’t really have enough time or budget to pull together a complete wrap up of the year in Indigenous social media. Instead I decided to talk about a number of different social media personalities and where possible link to their Patreons.

The presentation went well with a few good questions at the end during Q&A. I’ll write these up later on. Vernon also presented twice during the day, first with Rhoda Roberts at the Talking Circle, then with Cathy van Extel at the GreenHouse. Vernon’s second talk was recorded and will be broadcast in 2019. There are a few things in his second talk that I want to write about at a later time – stuff that has a really interesting way of looking at Indigenous economic development. Will get it written up asap.

Then it was time to relax, and we caught up with the Jinibara mob. Jason Murphy is a wonderful emerging conceptual artist and it was great to catch up with him again. Emma and I worked with him during Creating Tracks. And Jori owns Torretto’s Cafe which is now located at Lawnton. We have all agreed to get together in the New Year and start working on some projects for the end of the year.

I really didn’t want to talk at Woodford this year. I mean when I said yes I was fine. But by the time the end of the year came around I was just exhausted and preparing the talk was just an incredible burden. But straight after Christmas I got in, cleaned up Deadly Bloggers that I’ve neglected for over a year, and got my paper written.

So in the end I was very grateful for it all.

We also enjoyed the late evening of Woodford, I asked Jason if he’d like some extra hands in 2019 and Emma and I have agreed that – all being well – we will volunteer at the Jinibara Gallery next year and come and properly stay for at least three days to soak it all up.

My Woodford 2019 experience went from yes to dread to oh god to that was awesome. In the end it was 12 intense hours of deadliness.

Let’s see where we are next year.