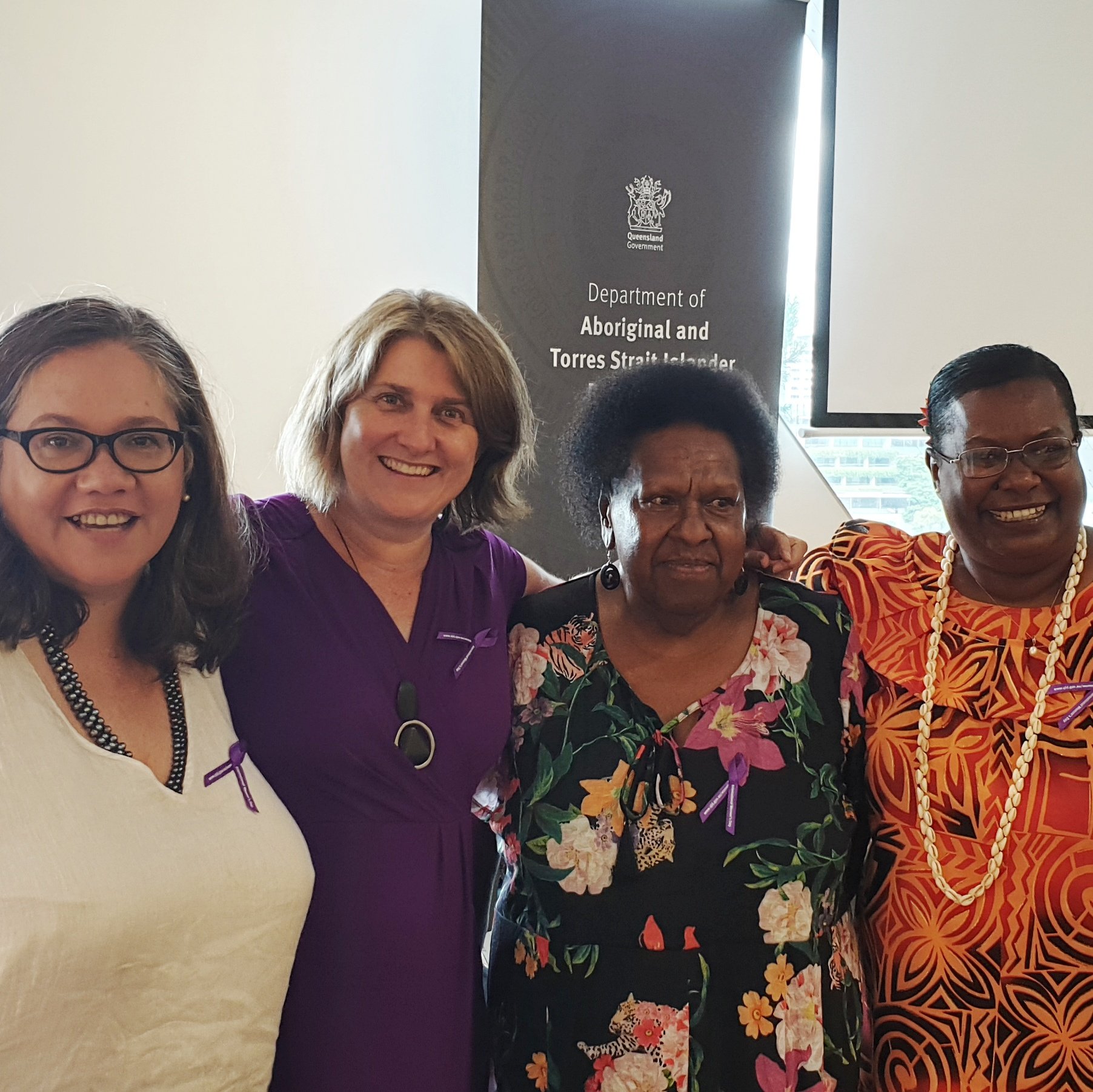 This morning I spoke at the DATSIP International Women’s Day morning tea alongside, Aunty Rose from Relationships Australia and Kathy Parton, Deputy Director-General Kathy Parton. Inspired by the theme and my work with Indigenous business sector growth, I wrote a few words ….
Many of you will notice, there is a tendency in the media and in many of the people around us to believe that feminism has come to its used-by date. Only last week Pope Francis referred to feminism as ‘machismo in a skirt’. It’s my experience that many women in our own community often eschew the word feminism, while yet, at the same time being staunchly pro-women.

With both the global theme #BalanceforBetter, and Queensland’s theme Invest in Women. Invest in the Future., there is an explicit and overt recognition for at least a day or a week, that the work of redressing patriarchal oppression still continues in 2019.

The oppression of women is not surface, it’s structural and it’s intentional.

Debbie Kilroy, whose office is just across the river, working with Sisters Inside, has raised since January almost $400,000 to literally free women from jail or the threat of incarceration over unpaid fines. These Western Australian laws unjustly impact poor and marginalised women, and Aboriginal women make up the bulk of them. How can we talk about positive schooling and healthy lunches, when a mother lives in fear she will be sent to jail and her children removed because she can’t afford to register a dog that a relative left her in charge of?

Aboriginal and Torres Strait Islander women are the most oppressed group of people in Australia. Still. And the work to redress that is ongoing.

Part of that work is the constant need to ensure that our policies and practices are intersectional. Wakka Wakka scholar Associate Professor Sandra Phillips argued this week in London,

I think it’s important not to compete around who perhaps is more oppressed by the patriarchy and its twin, white supremacy; so it’s important that we develop ways – patterns of thinking that ensure that the prototype white, middle-class woman isn’t centred as the prototype woman, in the same way that the 70kg, Caucasian man, aged 25 – 30 is considered the universal human being.; so we have to ensure that white feminism or mainstream feminist movements don’t make the same kind of mistakes the patriarchy continues to make. Associate Professor Sandra Phillips

Coming back to the theme, the experience of Aboriginal and Torres Strait Islander business is impacted not just by race and colonisation, but also gender, as well as other forces, including dis/ability, sexual identity and preferences. This is intersectionality.

I reflected on my own journey as a business owner. Starting in 1994 as a partnership, then a sole trader and now company director, it has taken me a long time to reframe in my own mind that ‘business owner’ or ‘entrepreneur’ isn’t that classic universal human referred to by Sandra.

In my mind – and in its portrayal – entrepreneur was and in some ways continues to be – hip, skinny, male, young, childless, riding an expensive mountain bike, wearing jeans and t-shirt or these days a slim cut suit. I fit none of those aspects of the stereotype – not hip, not skinny, not male, now almost 50, and definitely not childless. There was no one who reflected my reality in the representation of entrepreneur – trying to build a business with little to no capital, first in family in business, with 4 children under the age of five. No wonder I couldn’t relate.

And while representation is important, it’s not just about that. I’ve had an opportunity in the past 18 months to travel across Queensland and Australia talking to business owners and during that time I’ve had at least 5 conversations with business owners who in talking to them, I’ve felt compelled to ask “are you safe at home”.

Building a sustainable business, taking care of all the moving parts of a start-up, building financial literacy and capability are wonderful goals but when your very literal survival is at stake …. ???

There is a long long long way to go before women are safe, before any kind of balance has been restored. Some men are tiring of it already. But just like some white people tire of hearing about race. Sorry but absolutely not sorry.

Invest in women. Invest in the future. is a long term investment and it involves developing new patterns of thinking and restructuring power imbalances, and it’s a priority that is here to stay.