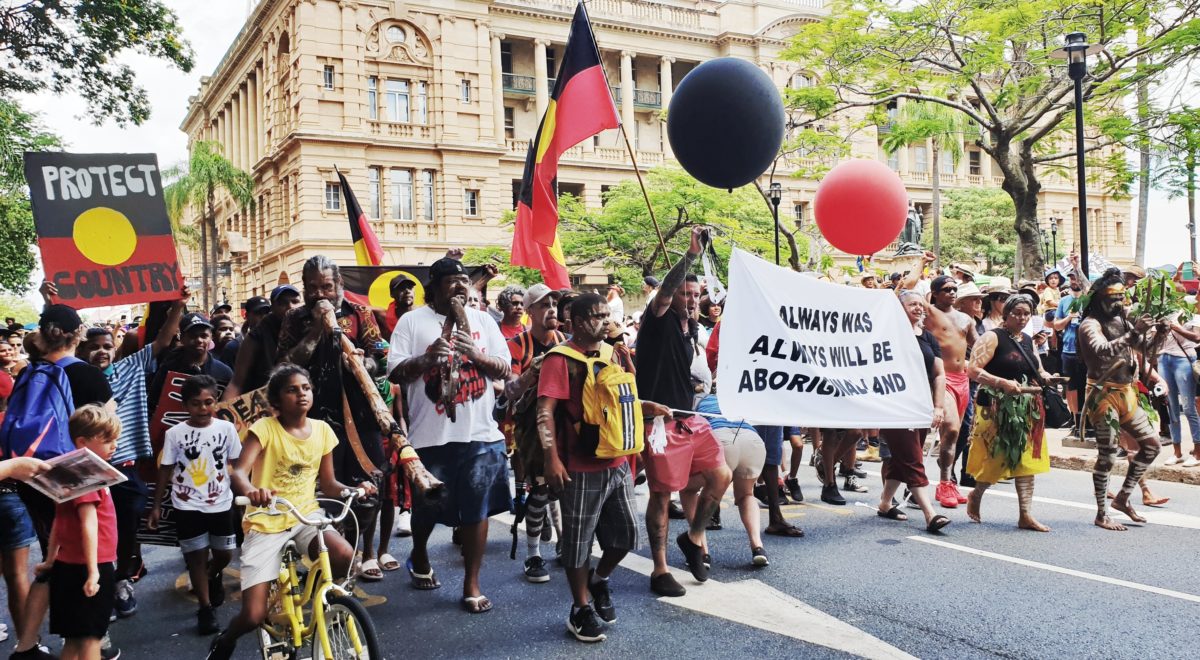 Why do we march? What is the point of it? Does it really make a difference?

We’ve marched most Invasions Day since the early 90s. Back then it started a Roma Street Forum (next to Roma Street station). I don’t recall but I’m pretty sure we DIDN’T march in 1997, though I think we had a get-together on that day or at least in the afternoon. I remember that year because the next morning I gave birth to my second son.

What’s noticeably different from the the nineties is the sheer volume of people. The socialists used to come in the those days too – annoying everyone, but occasionally they’d have cool badges to buy. But now I see people out who would never have marched in the old days.

I remember doing a lecture years ago talking about the technology adoption life cycle and how we could also relate it to ideas and thoughts and social movements. There are 5 stages of the life cycle – Innovators, Early Adopters, Early Majority, Late Majority, Laggards.

Activists are the innovators. They push the rest of us to think in ways we’ve never considered or considered possible.

Early civil rights activists and early feminists to us now are ‘normal’. We now think the idea that black people should have equal rights as hardly ground-breaking. But back ‘in the day’ it must have been shocking to the majority of the population. When we look back, we underestimate the power of systems and socialisation. See this simple experiment in a waiting room that touches on this in its demonstration of the power of conformity.

That’s why marches are so important. I remember when the number of people who marched would barely have been 500. There are tens of thousands of Australians now marching in the major cities, and there are now new locations starting Invasion Day marches for the first time. To me this is evidence that the early majority are catching on.

The gathering of people helps us to know we’re not alone, that it’s okay to be part of the disruption of ‘normal’. It also helps spread the message to those in power that social expectations are changing, and if you want to be on the right side of history – that time is now.