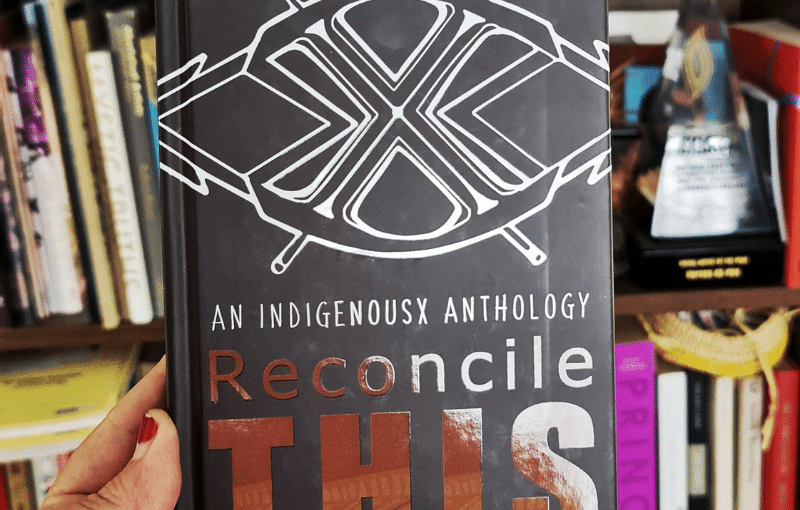 Books are dangerous “to indigenous (sic) readers: 1) they do not reinforce our values, actions, customs, culture and identity; 2) when they tell us only about others they are saying that we do not exist; 3) they may be writing about us but are writign tings which are untrue; and 4) they are writing about us but saying negative and insensitive things which tell us that we are not good.” Patricia Grace quoted in Smith 1999 35

Ten years ago this month, Luke Pearson established IndigenousX. One of the first Twitter rotation curation accounts in the world, surely it’s one of the most successful in the world.

I remember when AboriginalOz became IndigenousX. Luke through his wonderfully insightful and quick Tweeting style managed to accumulate thousands of followers. He imagined well if I have this kind of audience, there are plenty of other Aboriginal and Torres Strait Islander people that have something to share. How about I lend them my platform for a day or a week? So IndigenousX was borne.

A few years ago the IndigenousX team approached me about including an essay in an upcoming anthology. At the time, and still now, lost for why they’d want to include me. I really didn’t have any new writing in me, so I suggested a couple of posts that had got a little traction at the time.

I’m incredibly grateful and humbled to be included in the anthology. Aside from conference papers or business writing, I’ve never sought to write for others. I write these things for me – writing helps me get clarity.

This week I received copies of the IndigenousX Anthology. I can’t wait to have a read of all the essays. I’m not sure I’ll read mine again (lol) – I’ll find all the holes. It’s dated and from another time. But I guess it’s a snapshot in time someone may find value in.

Thank you Luke and the IndigenousX team for your incredible vision and hard work and dedication in creating an incredible platform for diverse Aboriginal and Torres Strait Islander voices.