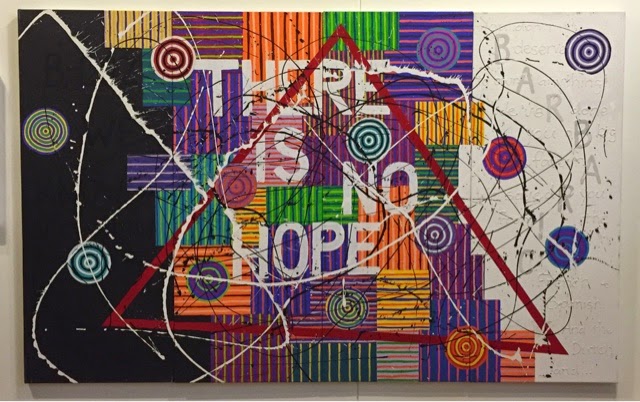 This post contains course language. I wrote this last night but didn’t click publish. Publishing tonight because I guess it’s where I’m at for better or worse.

Tonight I read the story of the little Syrian girl who “surrendered” to a photographer whose long camera lense she mistook for a gun. That story came after a morning reading about accusations of young children being raped while held in Abu Ghraib. And of course there are the never ending stories of abuse of children and their parents held seemingly eternally in detention as well as the forced closure of Aboriginal communities. These last two strategies courtesy of various elected Federal governments. The icing on the cake is the news that this week the the 2015 death toll of Australian women (two of whom are Aboriginal) killed by domestic violence has reached 27.

Tonight, all this and more, has just knocked me six. What the hell is this world about? What the actual fuck are we? Where are we headed?
I don’t think I’m in this complete downward spiral because I know bad shit happens in the world. Tsunamis wipe out thousands, they always have. Meteors have and will strike again. Earthquakes, landslides are ever present in the ever shifting planet. Living is amazing, surviving to old age is a fucking miracle.

I think my mind can process death and destruction from the shifting earth. Though I think it’s crap that too many times it’s the most impoverished that seem to be hit hardest.

But it’s the human-caused death and destruction that is impossible to fathom. It’s because we’re supposed to know better aren’t we? Shit happened in the “old days”, but don’t we know better now? Clearly we don’t. Perhaps the tension arises because we believe we have power and self-determination over our lives when we actually don’t. We’re raised to believe that we can be anything we want if we work hard enough. This is an complete lie. We’re raised in this country to believe that we can move governments through our votes. What a load of complete crap.

The older I get, the more confused I’ve become. On the one hand I grow more confident in my life, while at the same time I realise that I am nothing, I have no control, I have no power, I do not impact anything.

No wonder people believe in God and fucking heaven. This place is shit. We are shit.

Image: I took this photo on Sunday night. It’s by Richard Bell. The work is owned by a private collector in Brisbane. On the left hand side on the black painting there is a quote by Vincent Lingiari saying “we can wait”. The painting captures my headspace – there is no hope/we can wait.