The food was both familiar and strange in Hawai’i.

Hawai’ins eat a lot of rice, which is very familiar to me. They have good feeds of pork cooked in the ground, though they call it Kalua Pork and it’s shredded. On our first day we headed to Ala Moana and I found the Poi Shop in the eatery that served a dish called Adobo. I wondered if this was the same as adaboo (??) like from up north. Tasted very similar. I would like to have had a yarn about it, but the ladies weren’t that friendly (probably tired and underpaid. bless).

Some of the unfamiliar stuff, included the amount of SPAM on the menu. Now we eat bully beef, but that’s at home. You wouldn’t find SPAM on any menu in a shop in Australia. But you can even get it at Maccas for their breakfast menu, as well as with your Sushi. 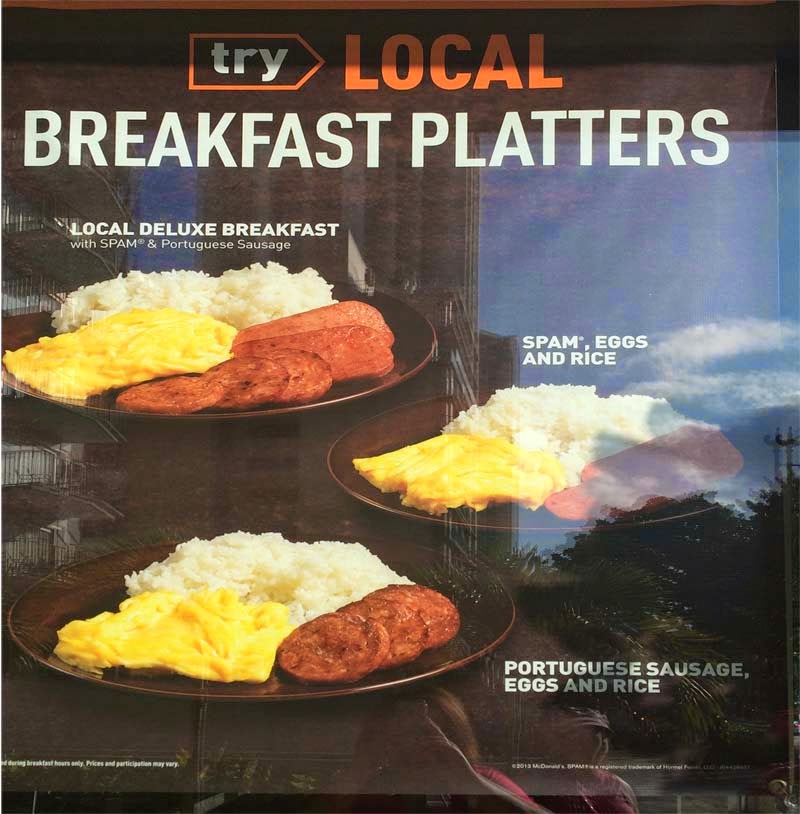 We ventured into US style restaurants, some successful, some less so. Eggs & Things, was not a favourite. This was the dessert. I don’t really know what to say about this dish (below), except, WHAT THE HELL!! I scraped off 95% of the cream. 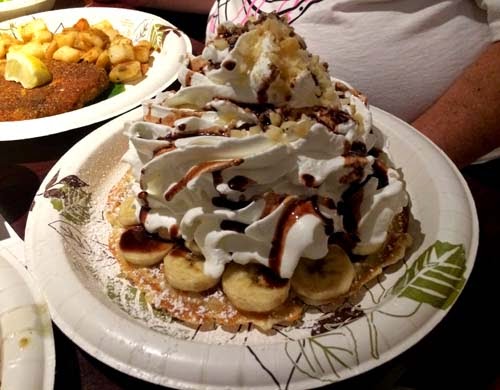 The second last workshop I attended at the conference was on food sovereignty. The speakers were involved in reinvigorating traditional food, in particular taro, back as an Hawai’ian food staple. This involved some experimentation in creating new foods with taro, including snacks and baked goods. We had a taste test of taro stir fry (so lovely) and poi (not sure of the spelling) which wasn’t so lovely for my unaccustomed taste-buds. 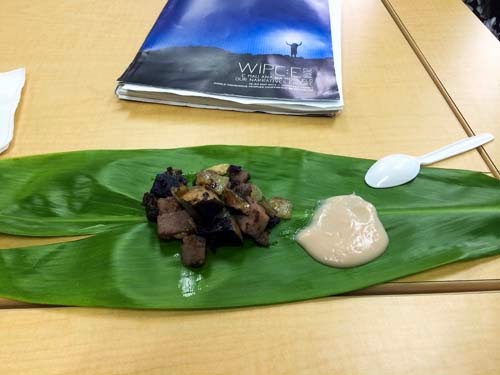 The closing ceremony event was a very deadly feed. While it doesn’t look to appetising, squid, coconut and taro leaf, is so yummy (it’s the very unattractive blob of green). The Haupia (coconut) and taro desserts were lovely too. And I absolutely love Poke Fish. 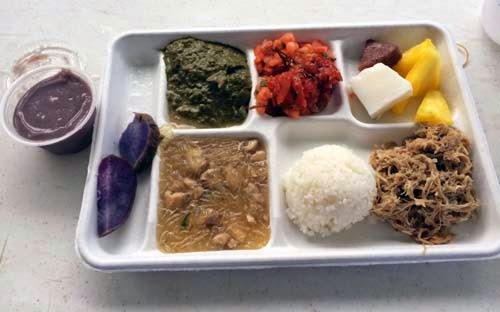 On the last day, we headed over to Leonards, a bakery famous for malasadas – Portuguese donuts. YUM. And worth the trip. When a bakery has its own merch, you know it’s worth a visit.

Finally we took off to the Rainbow Drive-in, which is actually a restaurant that isn’t really a drive-through, but in the old days you would have your food on a tray in your car (think Grease and Happy Days). The Rainbow Drive-In was the first one in Hawai’i. The feed there was okay. I don’t think I’ll be ordering a ‘chilli-dog’ anytime soon though. 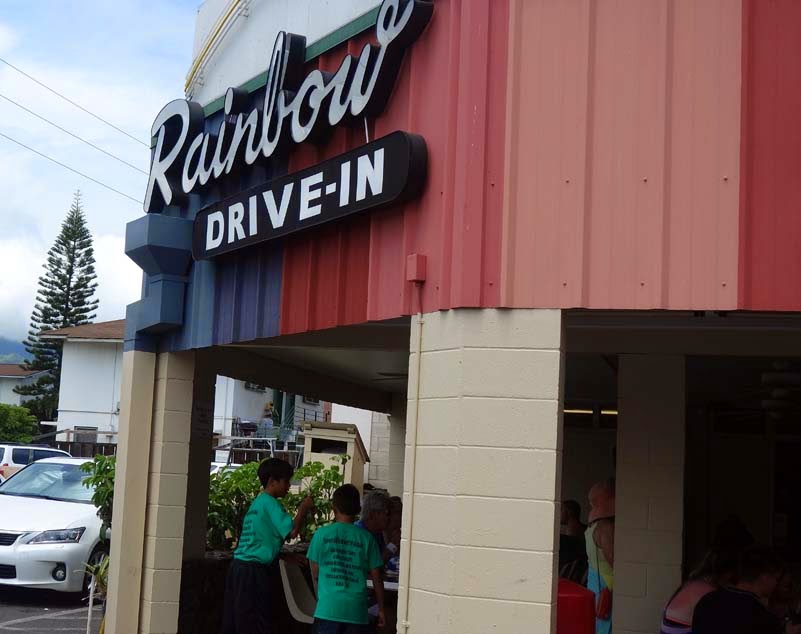 Tea. This is what I craved most. The Coffee Bean and Tea Leaf was the only place I could get a decent cuppa from. There are stores at Ala Moana, as well as on the road up to Diamond Head crater. Essential for tea drinkers.

One thought on “WIPC:E in Hawai’i … Food”