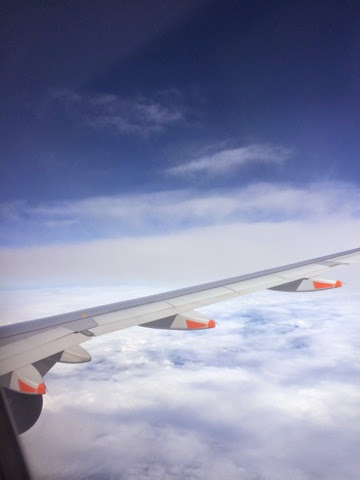 I have real problems booking flights too far in advance. If you know me in real life, you already know that I leave it to the last possible minute. Even overseas trips! Anyone would think we were cashed up! Most of the time, short-notice flights cost way more than those booked in advance. But I can’t do it, I always end up leaving it to the absolute last minute possible (a stress-filled mix of price, availability & timing).I know it’s because of the kids. Yes they’re teens now, but I still have this sense of needing to be here for them. Not so much the eldest boy, who is almost living on his own now and is wonderfully independent. But the youngest three, who are still in high school, I still feel the need to be here as much as possible.

I usually finish my work day around 3.30 / 4.00pm, even though that usually means I will work through the evening or on weekends to catch up. It’s also why my career has been more eclectic (lots of casual/ part-time, and sessional work rather than full-time) than focused on one clear path (though that’s really a tale for another post). And it’s also why I prefer working in the suburbs where I can get home or to school within ten minutes or so, rather than being in the city where peak hour traffic can be a nightmare. Four years ago, travelling over an hour through peak hour traffic from Southbank to the high school when my eldest was hit by a car was truly the last straw and a defining moment in where I would work in the future.

Late last year though I took on a Directorship with a national body with the meetings occurring monthly (or so) in Sydney. I only took on the role, after much thinking about the role (the invaluable experience and the importance of the issue) and my family stuff, and what it would mean in reality. In addition, I’ve also significantly increased my work commitments this year, that sometimes take me out of Brisbane, for example, taking on the Cairns Indigenous Art Fair last month. It’s been a huge leap for me personally to do this. I know that other parents manage being away from their kids much more effectively than me. And it sure as hell says nothing about the quality of mine or their parenting. Just being here does NOT make me a better parent. But it’s just something that I need to do. I can’t explain why. If I ever bothered to go to a counsellor I might unpack why I am this way, and it would be interesting to find out. One day maybe.

But of course, apart from the “mental/emotional” need to be close to the kids, there’s also the practical. Over almost twenty years of being a parent, one thing is for sure, you’re never guaranteed what the next day or for that matter, the next hour will bring. How many days have we got up in the morning thinking the day will look like x, and before you know it, the day is spent in a doctor’s surgery or at the Royal Children’s Hospital? We’ve had our fair share of third degree burns, broken arms, broken legs, stitches, infections, etc, so it means you’re never sure what’s going to happen. Imagine being in another city when that happens? That would just kill me.

Take this week for example, I’m supposed to be in Sydney on Tuesday for a Board Meeting. And the staff are doing the right thing and are trying to book my flights, but poor things, I just can’t yet commit, because I need to wait to see how M is after his unexpected surgery this week. He’ll be fine of course, they always are, but I can’t leave. Just not yet. I want to be in Sydney on Monday, and will probably wake up Monday morning and book my flight then.

When you’re part of a family (not just a parent), you never know when you’ll be called away from work and when your best laid plans end up on the roundabout instead.